When a dog is neutered, the vet will typically remove the testicles from the scrotum — and that is the extent of the procedure. However, some dog owners these days are opting to have prosthetic or false testicles added to their dog's scrotum after they are neutered. If you are thinking about having this done for you dog, you should first review these questions and answers to get a better idea of whether or not this is the right approach for you.

What is the purpose of the prosthetic testicles?

The prosthetic testicles are not functional. They don't secrete any hormones or produce sperm. Instead, the main reason to get them is aesthetics. If you show your dog and want him to look as if he is intact, then the prosthetic testicles can give that appearance. Some dog owners also think that getting the prosthetic testicles will make the procedure less alarming for their dog. Their dog won't wake up to an empty scrotum. However, there's really no way to know whether or not dogs care; it's just a guess.

What are the prosthetic testicles made from?

They are made from a silicone material that has a firm, but slightly yielding texture. The material is similar to that used in artificial joints. It is specifically designed to be biocompatible and not to cause any allergic or negative reactions. Earlier versions of prosthetic testicles were harder, and sometimes they would make tapping noises if the dog sat on them. This problem has been solved with newer versions of the product.

How are the prosthetic testicles inserted?

After your vet performs the standard neutering procedure and removes your dog's natural testicles, they will slide the prosthetic testicles into place, and then sew the scrotum closed. This only adds a few minutes to the neutering procedure, so it's not any more traumatic for your dog. Recovery from neutering is also about the same, whether or not your dog receives false testicles.

Are there any downsides to prosthetic testicles?

The main downside is that having prosthetic testes inserted adds to the cost of the neutering procedure. Prices vary, but most vets charge a couple hundred dollars to add false testes — and that's on top of the cost of having your dog neutered.

After your dog is neutered, you may want to consider having false testicles put in place. This is not necessary, and it is not right for every dog, but you should feel comfort knowing that you do have options.

To learn more, contact a vet about neutering and prosthetic testicles. 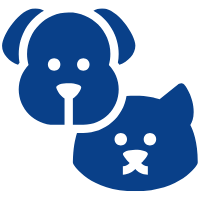 Owning a pet is one of life's greatest joys. Living with a healthy, happy pet is absolutely ideal, and pet owners can take simple steps to ensure their pets are always in good health. Although we aren't veterinarians ourselves, we have seen the difference preventative health care has made for our pets. In this blog, we share tips and tricks about veterinary care that have helped us maintain our pets' health and wellbeing. If you're interested in learning more about pet vaccination, spaying, neutering, or other veterinary procedures, you have come to the right blog. We update regularly, so we hope you check back with us soon.